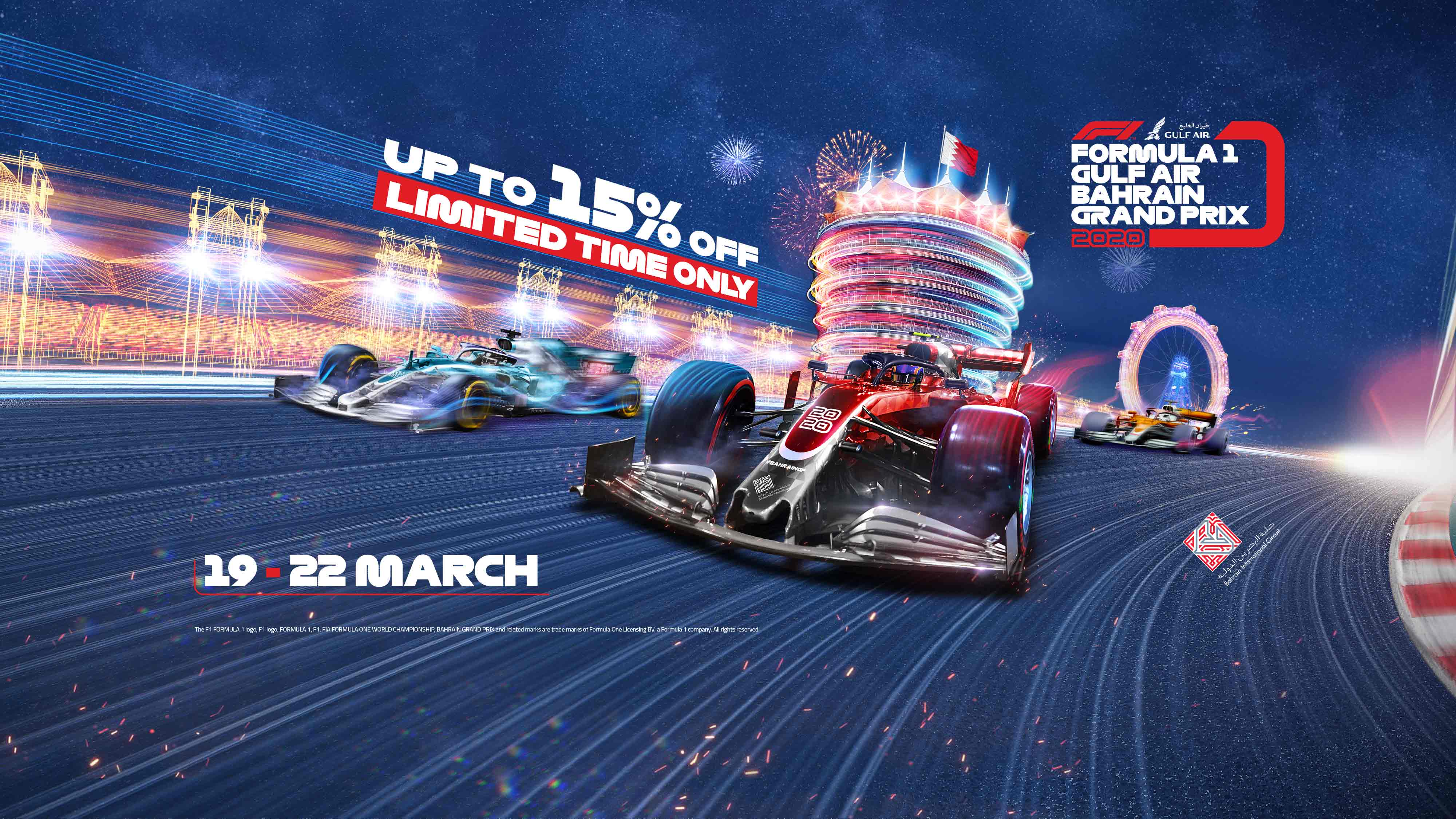 The highly anticipated four-day extravaganza of racing and entertainment is scheduled for March 19 to 22 at “The Home of Motorsport in the Middle East” as the second of a record 22 rounds on the 2020 FIA Formula 1 World Championship.

Tickets to the region’s biggest event are now available with up to 15% discount under the Early Bird offer.

The 15% price reduction covers four-day tickets on seating along BIC’s Main Grandstand. A Main Grandstand seat now costs BD127.5 instead of its original price of BD150.

It is worth noting that tickets to the Formula 1 Gulf Air Bahrain Grand Prix are among the most affordable on the Formula 1 season’s calendar. BIC has also covered the Value Added Tax (VAT) on all event tickets, saving fans from any additional expense to attend the biggest sporting and social occasion of the year.

Aside from this website, tickets can also be purchased by calling the BIC Hotline on +973 17 450000 or at BIC’s City Centre Bahrain stand located on the ground floor near gate number three in the West Court. 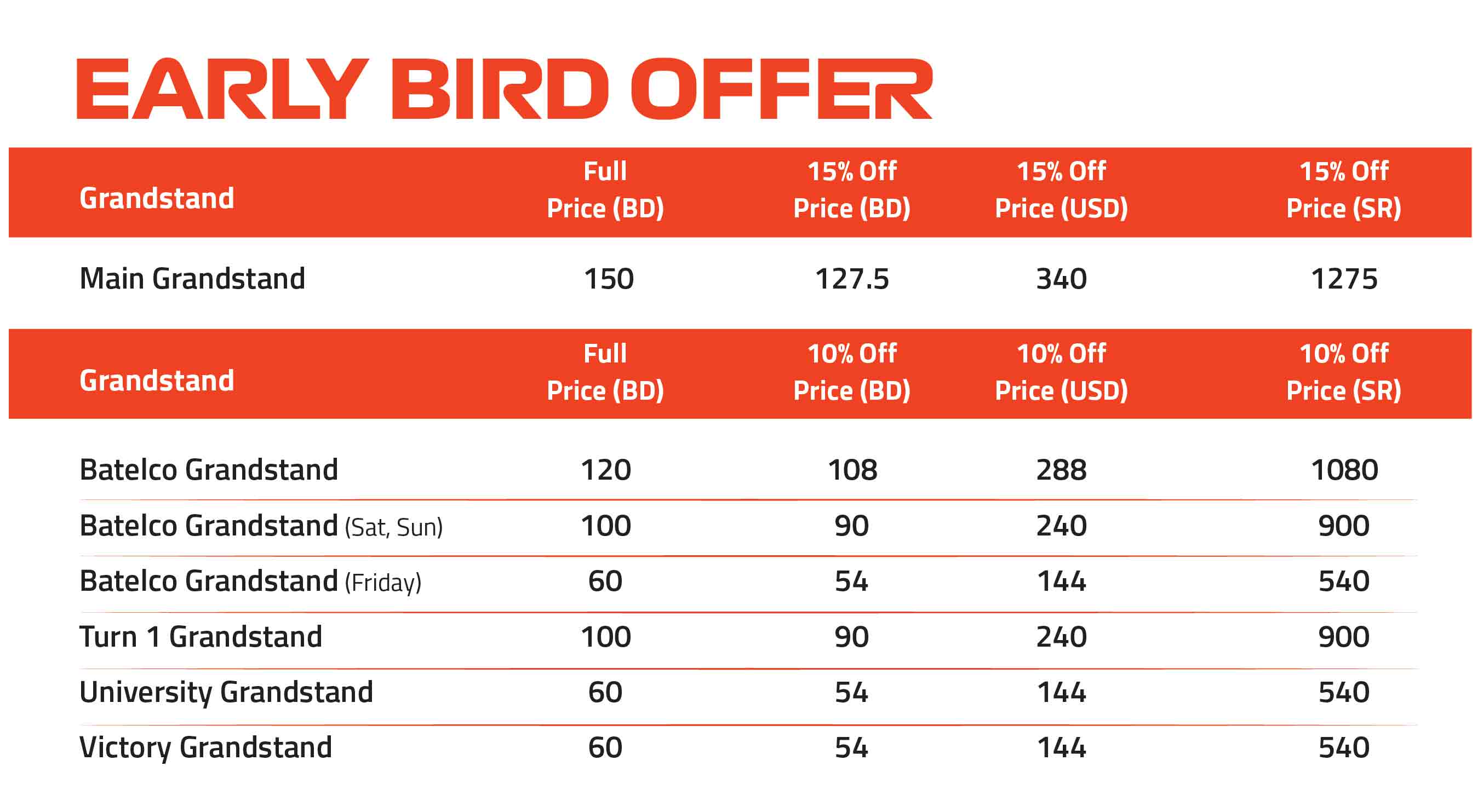 The Formula 1 Gulf Air Bahrain Grand Prix 2019 was an epic weekend of top-class motorsport and entertainment – the kind only Bahrain International Circuit can deliver. A huge crowd of 97,000 fans attended the event, including 34,000 on Race Day alone.

Marking race no. 999 in Formula 1’s history, it was also the 15th anniversary of the Bahrain event, with world class entertainment off track headlined by global superstar DJs Martin Garrix on Friday night and Kygo on Saturday night.

In another epic Bahrain night race, Lewis Hamilton claimed a stunning victory as he led teammate Valtteri Bottas to a Mercedes one-two.

They took advantage of a nightmare race for top rivals Ferrari, whose pole-sitter and race leader Charles mouseLeclerc suddenly suffered engine trouble with 10 laps to go. Leclerc led for most of the 57 laps but limped to the finish under safety car conditions, salvaging a first podium of his Formula 1 career.

Despite the heartbreak, a star was born in Bahrain as Leclerc had won over his rivals and fans over the weekend.

Overall, it was a spectacular Bahrain Grand Prix with 'Limitless' memories on and off the track. 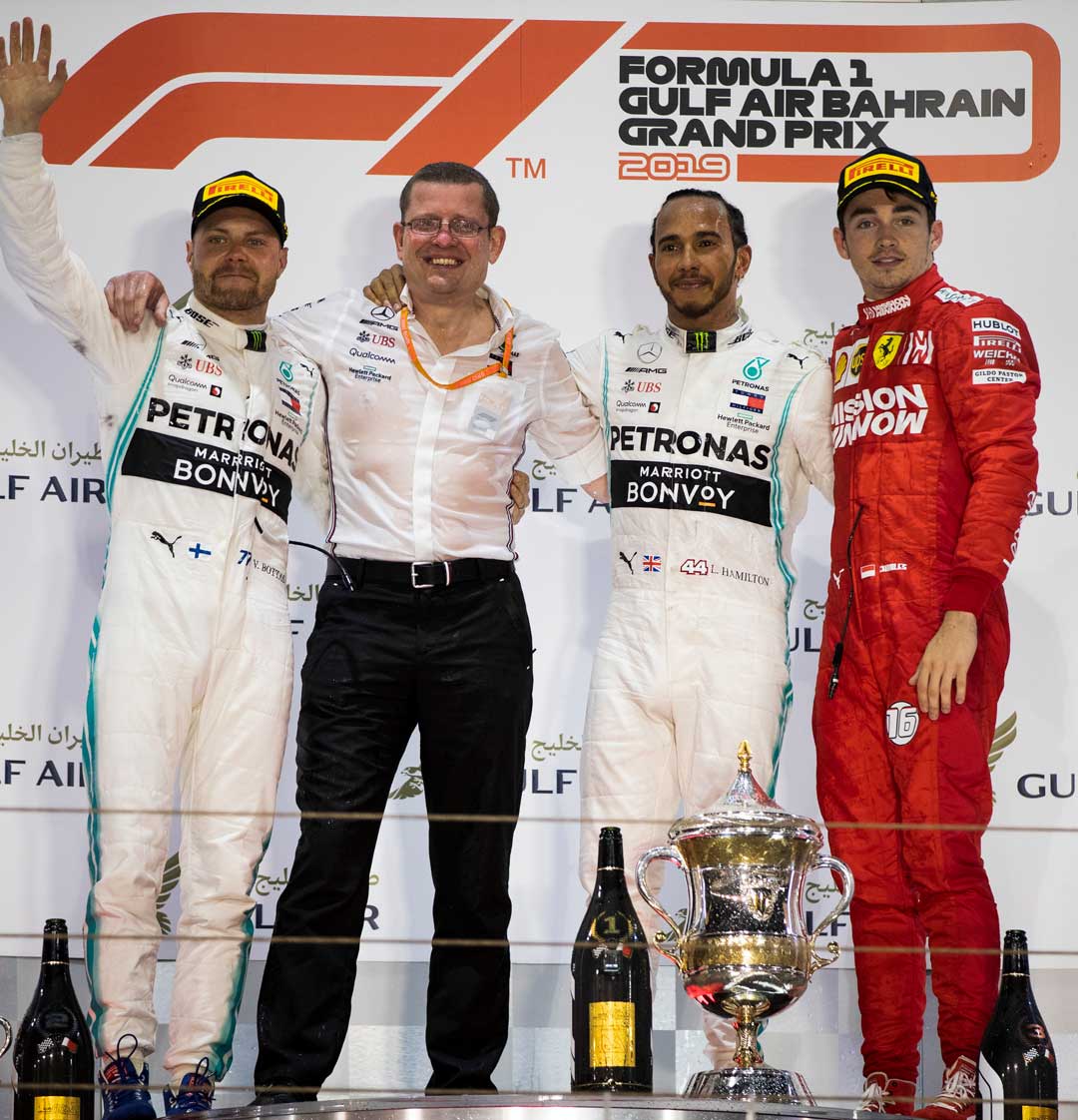 HOME OF MOTORSPORT IN THE MIDDLE EAST

Our agents are currently not available. Please leave your inquiry and we will get back to you at the soonest.